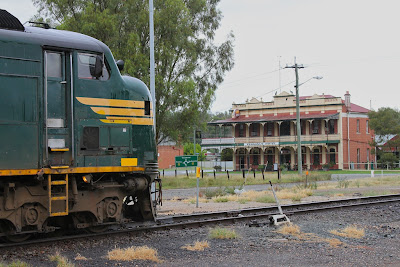 My backdating has begun!  A box from Auscision arrived this week with my first four wheel wagons, a 6-pack of the ubiquitous GY wagons, they're kind of cool looking, and a little larger than I expected.  The problem is...I will need to purchase a couple dozen at least, might have to Ebay a few packs of NSW coal or container wagons.


But where are they going to run?


To satisfy my newly grown fondness for Victorian equipment, I've come up with a plan that pretty much divides my railroad between NSWGR and VR.  Unfortunately, it will be a 3 level layout, and require 2 Helixes... thus a little more problematic in construction, but I believe it will offer a good variety of operations with the branchline action of the 2 state systems.


Since I can't (won't) actually model the 2 different gauges, my plan is for the 2 systems to be physically unconnected.  In Tocumwal, I'm debating whether to use 2 different sizes of track  (i.e. Code 100 for VR & Code 83 for NSWGR), or to just ballast the tracks a little different to make them stand apart from each other.  There is one Flour mill siding that is served by both systems which was dual gauge in reality.  I'm planning on using a gantlet track arrangement to keep the systems seperate.  It will be 4 rails instead of 3, but will be a decent representation. 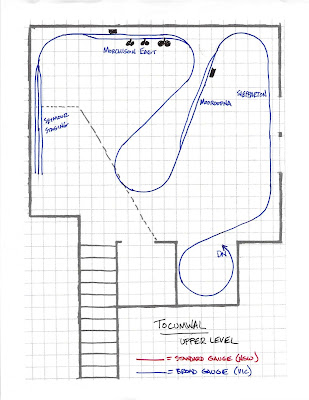 This level represents the Broad Gauge system north from Seymour.  Murchison East will have silos and Mooroopna and Shepparton will have yet to be determined industries.  The last modeled feature on the top level will be the Tocumwal Road / Rail lift bridge over the Murray River, just before entering the Helix down to Tocumwal. 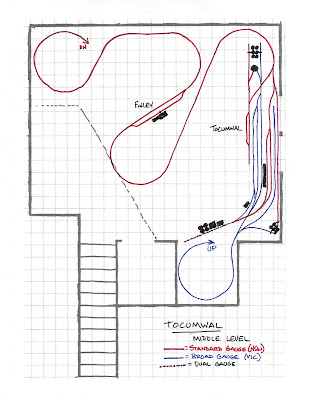 Tocumwal will be the operating focal point of the railroad, being the terminus of state run railways.  The station sits between yards of the 2 railways and there are several industries served by both either on their on sidings or a dual gauge siding.  The actual yards at Tocumwal were rather lengthy with several exchange sidings where freight was transfered between the systems.  I believe I've compressed it, but have kept the flavor of this country terminal. 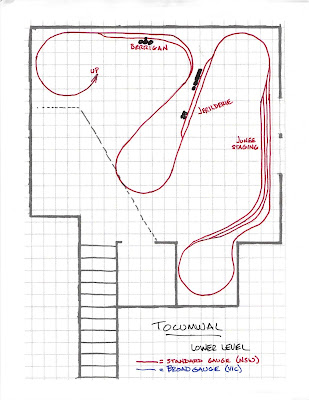 The lower level represents the removed in the 1980's NSWGR branch from Narrandera to Tocumwal.  Silos are present in each of the 3 modeled towns and staging will represent Junee  (may change it to Narrandera and model a little of it...haven't decided yet)

This weekend I actually started construction...starting (from top to bottom) on the Shepparton, Tocumwal and Junee shelves along the one wall of the room. 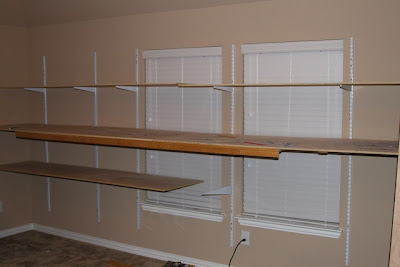 In the below photo, the alcove on the right of the photo, is the area I had designed into the room for the Helix: 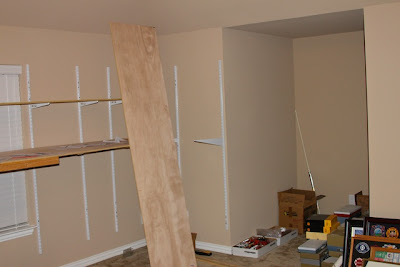 That's all for now,  I would certainly be open for any information or photos that anyone might have on the modeled areas, especially the last years of operation of the NSW Narrandera to Tocumwal line.