Non- layout wise....I'm 10 months in to my return as a union Train Dispatcher and have enjoyed every minute of it (as much as one can enjoy working).  I am handling 3rd trick (nights) on the Centralia North desk of the Northwest Division.  This job basically handles 40 miles either side of Tacoma Washington and can vary in traffic from 8-10 trains up to 20+ during my 8 hour shift. 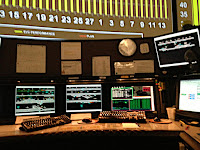 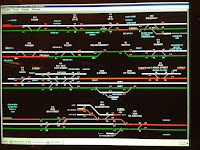 My job happens to be one that's live streamed online...anyone interested in listening can go to:  http://www.railroadradio.net/content/view/5/117/
I work Tuesdays thru Saturdays  2230 - 0630 U.S. Central time

Two other personal items so far in 2013 were my June wedding to my long time (over 20 years) partner Emily:

and on a less happier note, the removal of a low grade bladder tumor in April that had me off my feet for far too long!

but I'm back to normal and have actually accomplished a good bit on the railroad in the past couple of months.

I'd been stalled due to being intimidated by building TWO helixes, but I finally broke down and tackled the first one, which will connect the 2 levels representing the NSW standard gauge line from Narrandera to Tocumwal.  I found a "how to" video on YouTube and here is the result: 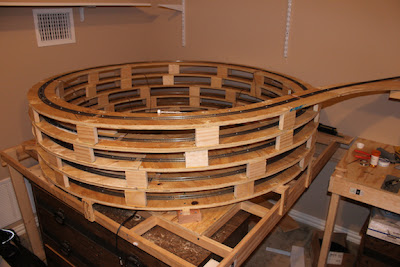 It raises the track 16 3/4 inches in 5 turns of 27" radius.  The VR T class peeking out at center right is where the main line will enter.

Here's how it fits in with the different levels: 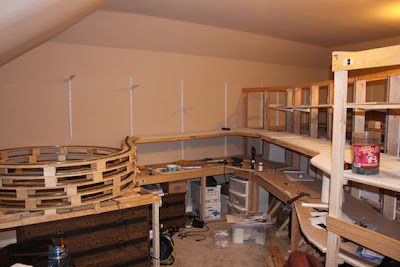 On the other side of the peninsula, I got the urge to lay some track and put down the southern New South Wales station of Jerilderie: 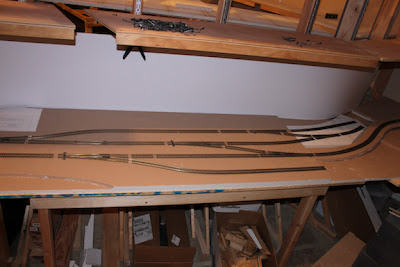 It's a fair representation of the actual location (Tocumwal is to the left, above): 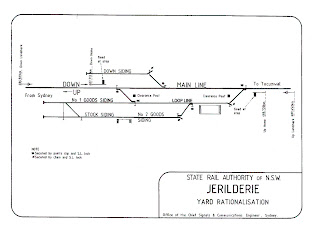 Here's an overview of Jerilderie's location in the grand scheme of things: 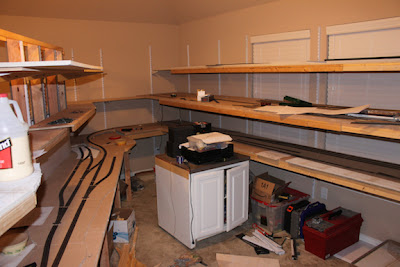 It's been an interesting and somewhat busy year so far, but I'm fairly pleased with the progress the railroad is making.

I'm thinking I will lay the Standard gauge line next and get it operating before I tackle the 2nd helix and the VR line.